New speeding fines and what they mean for you

An important part of being a sensible driver is staying up to date on the latest road safety changes being made. The chances are that things will have changed since you passed your test. Something that has just changed is the way speeding crimes are categorised and fined. The potential damage caused by speeding is now more severe and costly than it has been previously. For example, under the new guidelines you could pay up to 150% of your weekly income and you have an increased chance of receiving a driving ban. It was previously only 100% of your weekly income in a worst-case scenario. But what are these changes and how will they affect you?

Delamere Motors looks at the various changes that have been made to the way speeding fines are calculated so that our customers are aware of the increase in costs and potential consequences if you’re caught. 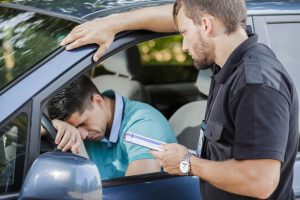 When driving it can sometimes feel frustrating when you need to be somewhere but you can only go 30mph on the roads you’re driving on. It can be very tempting to just put your foot down a little bit; before you know it, you’ve edged up to 40mph. You convince yourself that no one will notice and that its perfectly safe. You’ve driven this road lots in the past, you know the area, so it’ll be fine, right?

There’s a reason why speeding laws are put in place, which is to keep everyone safe on the road – fine prices have increased, to try and make us all take the issue more seriously. An example of how the new fines could affect someone is if a driver is doing 51mph in a 30mph zone – if they’re caught they’ll be paying 150% of their weekly income as opposed to the previous 100%. They’ll also receive 6 points on their licence, which will likely noticeably increase their insurance premium.

Why are the new speeding fines being introduced?

In 2016, it was argued in a consultation that the consequences for speeding (the fines and punishments available) didn’t match the risk it put people at. 244 people were killed in car crashes because of drivers breaking the speed limit in Britain in 2015. When you see this, you realise why these changes have been introduced. It also reminds you why you’ve got to always try and be a responsible driver.

Understanding how the fines are being categorised

Fines are now being categorised differently to the previous way of a minimum and maximum fine. The previous minimum fine was £100 and the maximum fine was £1,000 or £2,500 if you were caught speeding on the motorway. Under the new scheme, fines will be based on the severity of an incident and placed into distinct categories.

So what does this all actually mean?

These new guidelines will have a positive impact on the way people think about speeding and will hopefully be a wake-up call to those who get caught. Speeding is a genuine issue and can have devastating consequences for drivers, passengers and other road users. With new speeding fines introduced, it will hopefully cause people to drive safer on the roads – which is okay by us!

At Delamere Motors, we realise that sometimes it seems like speed cameras and speeding fines are purely designed as a money-making scheme for the government. Most of the time, speed limits are in place for a reason. We’d encourage all our customers to take note of the new fines and stay safe on the roads.

Enter your car registration for an instant price that you can book for free 24/7.